News Matches Results Community Top 10 Calendar
STYKO falls from Cloud9
With the Major over, STYKO is leaving the clouds behind him. Where will STYKO travel next?

With the report announcement of Robin "flusha" Rönnquist making his way into the Cloud9 roster for the foreseeable future, Martin "STYKO" Styk confirmed via Instagram that he and Cloud9 are going their separate ways after the team secured Challengers  status for the next major. 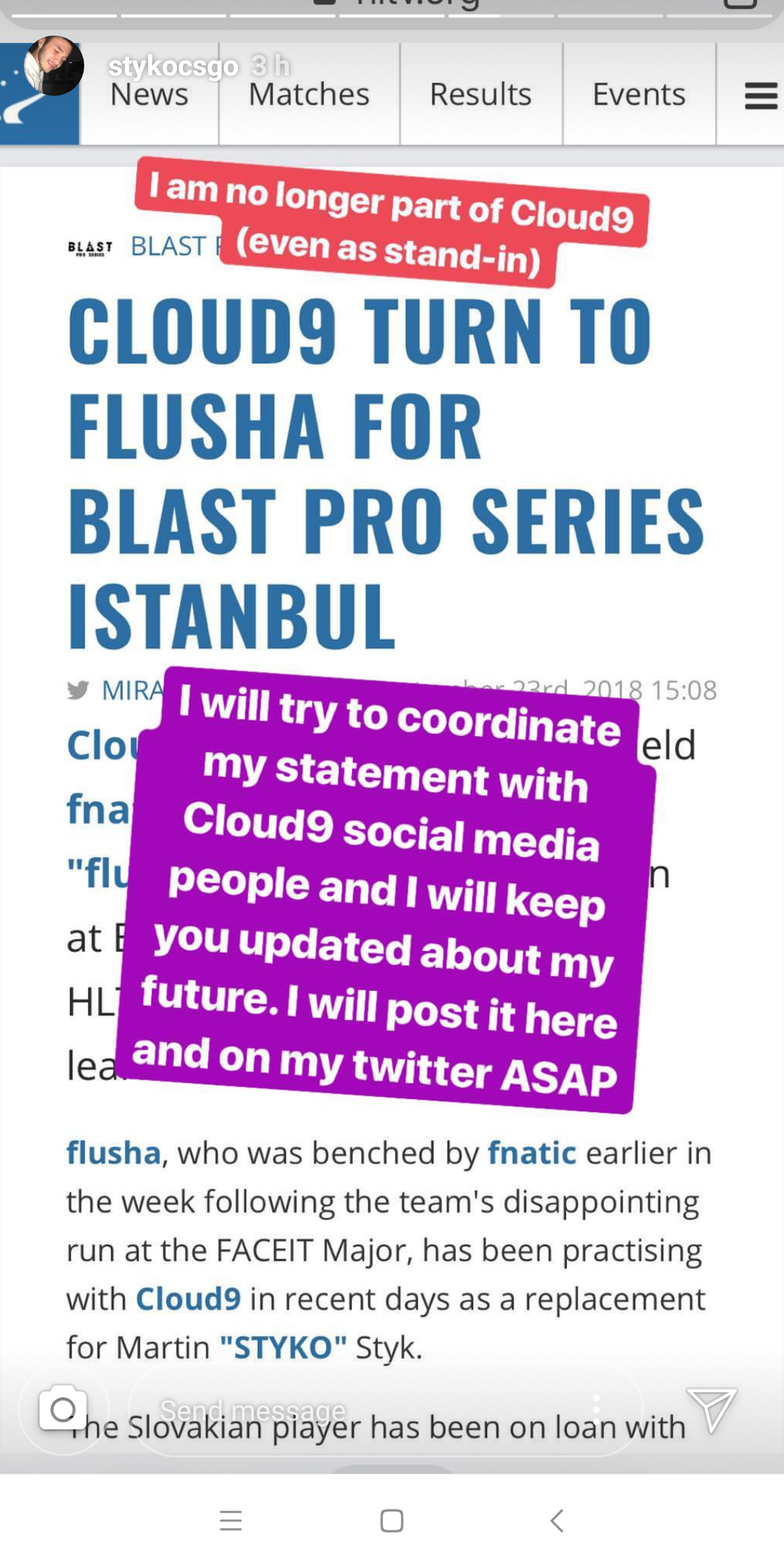 While STYKO was originally planned to stay with the team through the remainder of September, the team has reportedy decided to pair flusha with his old fnatic teammate Maikil "Golden" Selim ahead of the BLAST Pro Series Istanbul event on the 28th. Neither Cloud9, Fnatic, nor flusha have yet commented on the situation.

Cloud9's lineup at the Turkish event will reportedly be:

The new Swedish/American lineup will take on both MIBR and the new look Virtus.Pro to start the round robin stage of BLAST Pro Series Istanbul on the 28th.